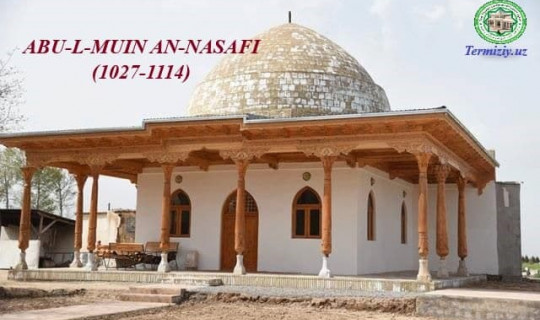 Abu-l-Muin an-Nasafi (1027-1114) was one of the greatest representatives of the Maturidiya School of kalam founded by a great genius, master of the science of kalam in the Islamic world Abu Mansur al-Maturidi (870-944). He made a substantial contribution to the development and spread of the Hanafian order in Maveraunnahr. He was known not only as a great master of the science of kalam but also as a famous lawyer and stylist of his time. Appreciating his scientific potential, Najmiddin Umar an-Nasafi, another scholar from Nasaf, wrote in the book “Al-qand fi zikri ulamai Samarqand” (Sweet Ideas about the Scholars of Samarkand) about Abu-l-Muin an-Nasafi the following lines: “Scientists and scholars of the East and the West absorbed knowledge from the sea of his science and appreciated his scientific career”.

As has been mentioned in the previous articles, the science of kalam is a branch of Islamic sciences that discusses the religious teachings from the point of mind and utterance relying on the real evidences and proofs avoiding any citations. Imam A’zam Abu Hanifa an-Nu’man as-Sabit al-Kufi (699-767) and his disciples played a considerable role in the formation and development of this science. The religious schools founded by them in Maveraunnahr were related to the name of Imam Abu Mansur al-Maturidi and called as “Ahli as-Sunnah va-l-jamaat” or “Al-madarasat al-Maturidiya” (Maturidiya School). At the same time another type of religious schools called “al-madrasat al-ash’ariya” (Al-ash’ariya School) founded by Imam Abu-l-Hasan al-Ash’ari (873-935) began to spread throughout Iraq. The difference between these schools was of subjective character, i.e. in the approach to the form and meaning of the utterance.

Most of the authors who wrote about the life and career of Abu-l-Muin an-Nasafi give the full name of the scholar as Abu-1-Muin Maymun ibn Muhammad ibn Muhammad ibn Mu’tamid ibn Muhammad Makhul an-Nasafi. There are some other versions of his full name in some other sources but his shortened family name is mentioned everywhere as Abu-l-Muin an-Nasafi. Moreover, he had also some titles of honour like “Imam fazil” (the wisest Imam), “Sayfu-l-haq” (a sword of the truth), “Jomi’ al-usul” (master of style), “Al-imam az-zahid” (imam of the faithful), “Al-faqih al-Hanafi” (a lawyer of the Hanafian order), “Al-alim al-bari” (a scholar of the highest knowledge). Abu-l-Muin an-Nasafi was born and brought up in the family of well-educated parents. Most of his ancestors and relatives were engaged in the Muslim law and had good fame and knowledge in this field. His grandfather Makhul Abul Fazl an-Nasafi was an acknowledged scholar of his time and the leader of the Nasafi dynasty. His family were the disciples of the founder of the Hanafian order Abu Hanifa and the followers of his teachings. He used to cite Hadiths from Abu Sulayman Juzjani who was a colleague and contemporary of Muhammad ibn al-Hasan ash-Shaybani. The historians consider that he lived for a short period of time in Samarkand and spent the rest of his life permanently in Bukhara.

According to these data, Abu-l-Muin an-Nasafi seems to have lived 87 years. His was buried in the graveyard situated in Qovchin village which is not far from Karshi.

The shortened title of the book “Tabsirat al-adilla” is deci­phered as “Tabsirat al-adilla fi usul ad-diyn a’la tariqat Abu Mansur al-Maturidi” (Commenting on the styles of religion in accord with the principles suggested by Abu Mansur al-Maturidi). From the scientific and practical points of view, this book is considered as the biggest and most important work ever written by Abu-l-Muin an-Nasafi. Perhaps therefore, the author of the book became famous by the honourable title “Sahib at-Tabsira” (The Author of Tabsira).

Reading the pages of precious books on descriptive and encyclopedic sciences, we often come across the titles and honorable pennames dealing with the names of our villages, towns and cities such as al-Bukhari, at-Termizi, al-Khoresmi, as-Samarqandi, an-Nasafi, ash-Shashi (at-Tashkandi), al-Fergani, etc. I wonder if any country in the world has ever educated and produced such a number of world-famous scholars and geniuses as our country did. Especially, the 9th-12th centuries of the Middle Ages were so fruitful in this matter that science, education and culture reached their highest level of development.

Concluding the above-mentioned facts and information about the great genius Abu-l-Muin an-Nasafi, we can say that on the one hand he was a great supporter of the teachings and views of his great master Abu Mansur al-Maturidi and a man who made a substantial contribution to the spread of these teachings throughout the Islamic world, on the other hand his scientific products as “Tabsirat al-adilla”, “Bahr al-kalam”, “Kitab at-tamhiyd li-qavaid at-Tawhid” and others made an essential contribution to the further development of the science of kalam. It should be kept in mind that in any society and at any time these books may be useful for those separated parties and groups in religion who got lost in the theories of Islamic teachings. These books may serve as a free and neutral instruction in different debates and discussions dealing with urgent religious problems relying on the Holy Qur’an and Hadiths men­tioned by our Prophet Muhammad (saas). Thus, the theoretical basis created by Abu-l-Muin an-Nasafi in his classical scientific works ten centuries ago may serve as a reasonable and reliable source not only of his time but also for our time. This scientific heritage should be thoroughly studied and investigated by the experts of the modern world. 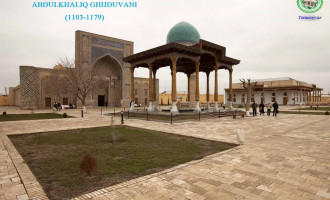 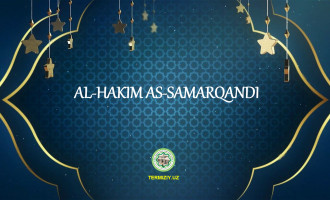 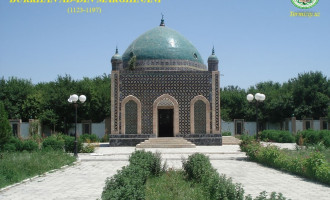 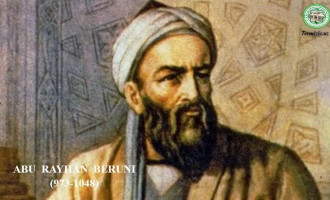 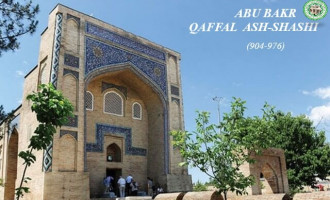